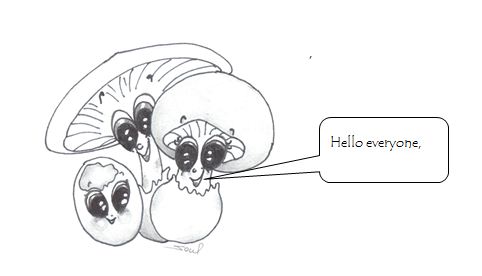 My name is Amanita loosi Beeli, commonly called ‘tente’ (pronounced  tèn-té). Those who don’t know the local language often call me ‘Tintin’ but do I look like Tintin to you?

I’m sometimes called ‘Christmas mushroom’ because I come out in December.

I like the hot and rainy weather from December until February, that’s why I’m the star this month!

I am an Amanita, genus of mushrooms that contains over 550 species, some being very toxic and even deadly (like Amanita phalloides or death cap), others being edible and delicious (like me) ! 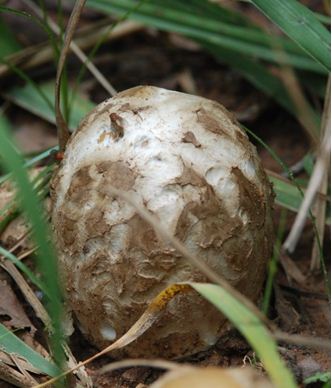 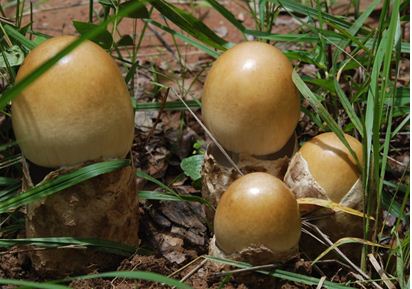 Once fully grown, I’m white with a brown center. 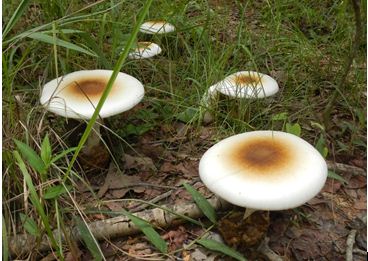 I’m one of the biggest mushrooms, reaching a diameter of 20 to 35 cm!

I have an interesting ecology: like all the Amanita, I am an ectomyccorhizal mushroom, which means that I live in symbiosis with trees. My underground filaments (mycelium) form a tissue around the roots of some trees. A vital exchange takes place between the mycelium and the roots: the tree gives part of its sugars and the mycelium gives minerals and even water to the tree.  In the miombo (Katanga open forest), at least twenty tree species, often dominant, are associated with ectomyccorhizal mushrooms.

After this rather scientific description I’ll tell you about my fate, sad and happy at the same time: humans pick me even when I’m just out of the ground. They say I’m delicious … The good news is that the part they cut (called carpophore) is the equivalent of a mango on a mango tree. It is the fruit that produces the spores (equivalent to seeds in plants) and only lives for a few hours to a few days. My mycelium (remember my underground filaments) however live for much longer and vegetates until the next fructification J So don’t feel guilty when you cut me: you don’t kill me. I cuddle up underground with my friends the roots J